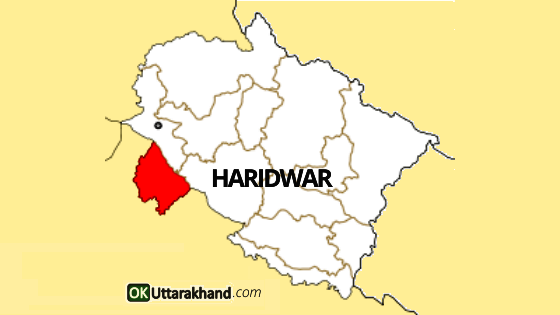 Haridwar district is one of the districts in the state of Uttarakhand, India. It is also spelled as Hardwar is a gateway to Char Dham Yatra. Headquarter of Haridwar district is at Haridwar which is also the largest populated city in the state. Haridwar is the most important Hindu pilgrimage site in India, where the River Ganges exits the Himalayan foothills.

The largest of several sacred ghats like Har Ki Pauri hosts a nightly Ganga Aarti (river-worshipping ceremony) in which tiny flickering lamps are floated off the steps. Worshipers fill the city during major festivals including the Kanwar Mela and Kumbh Mela.

Here we will discuss weather, travel, education, distance, route map and places to visit in Haridwar. In this article, we will try to cover every basic information about Haridwar district.

Haridwar at a Glance

Being one of the oldest living cities in India, Haridwar finds its mention in the ancient Hindu scriptures as it waves through the life and time stretching from the period of the Buddha to the more recent British advent.

A paradise for nature-lovers, Haridwar is the starting point of all pilgrimage sites in Uttarakhand. Haridwar literally means “The Gateway to Lord Vishnu”, hence it termed as ‘Gateway to Gods’. The followers of Lord Shiva (Har) and followers of Lord Vishnu (Hari) pronounce this place Hardwar and Hardwar respectively as told by some.

It is also a point of entry to Devbhoomi and Char Dham Temples. This Yatra includes four main centers of pilgrimage in Uttarakhand that are Gangotri, Yamunotri, Badrinath, and Kedarnath.

Haridwar is known for its sacred ghats near the bank of the river Ganga. And the Legendary king Bhagirath is said to have brought the river Ganga from heaven to earth in order to provide salvation to his ancestors. It is also said that Haridwar has been sanctified by the presence of three Gods (Tridev); Brahma, Vishnu, and Mahesh.

Lord Vishnu is said to have his footprint on the stone that is set in the upper wall of Har-Ki-Pauri where the water of Holy Ganga touches it all the time. Devout believers feel that they can go to heaven by getting their salvation after a dip in the sacred Ganga at Haridwar.

Haridwar is also one of the four places where the world-famous Kumbh Mela occurs after rotation of every twelve Years and Ardh Kumbh after every six years. It is said that drops of Amrit (Elixir) fell into the Brahmkund ghat of Har-Ki-Pauri. Therefore it is considered that a dip in the Brahmakund on this particular day which is very auspicious and when Jupiter (Brahaspati) comes to the sign Aquarius (Kumbh) once in every twelve years the Maha Kumbh fair is celebrated at Haridwar.

After the Independence from the British rule in 1947, the region of present Haridwar district was a part of the then Saharanpur district. In the United Province of the British Raj, the province was renamed as the Uttar Pradesh state of India.

The Kanwar Yatra is an annual pilgrimage of devotees of Lord Shiva, known as Kanvarias to Hindu pilgrimage places of Haridwar, Neel-Kanth, and Gangotri in Uttarakhand to fetch holy waters of Ganges River. The festivals run during the rainy season (monsoon) month called Shrawan Mass during July to August.

If we talk about Religions in Haridwar District. Then Hindus are in majority, they are around 64.27 percent of total populations.

The major part of the Haridwar district is in plan area borders with Dehradun, Pauri Garhwal and also a few districts of Uttar Pradesh like Saharanpur and Bijnor.

Haridwar district has an area of 2360 sq km. There are four tehsils, six blocks, 643 villages, and 2 Municipal Corporation in the Haridwar district. Here is the list of tehsils, blocks with their names.

The Haridwar district is administratively subdivided into 4 tehsils.

There are 11 Assembly Constituencies in the Haridwar district.

The district headquarters is in Roshnabad in Haridwar city, at a distance of about 12 km from Haridwar Junction railway station. The office of Chief Development Officer is in Vikas Bhawan in Roshnabad.

Haridwar has not only remained the abode of the weary in body, mind, and spirit but also served as the center of attraction for many, for learning the arts science and culture studies.

Haridwar as today has not only religious importance but it has another temple of modern civilization i.e. BHEL, a ‘Navratna PSU’ to its credit apart from Integrated Industrial Estate (IIE) established at Haridwar under SIIDCUL spread in the total area of about 2034 acres.

The IIT Roorkee (Earlier Roorkee University) is one of the oldest and prestigious institutes of learning in the fields of science and engineering. Another university of the district i.e. Gurukul Kangri Vishwavidyalaya having a vast campus is giving traditional educations of its own kind.

Haridwar’s long-standing position as a great source for Ayurvedic medicines and herbal remedies as well as its unique Gurukul school of traditional education. Many state administration offices like Lok Seva Ayog (UKPSC) and Sanskrit Academy are established here.

Haridwar has scenic beauty and lush greenery…all give the city unique flavors and charm; a must among the sojourn centers in a discoverer’s itinerary of Uttarakhand – A destination for all seasons.

After Rishikesh, Haridwar is the first town where Ganga emerges from the mountains to touch the planes. And that’s why the water streams are crystal clear. Lush green forests and small ponds add to the scenic beauty of this holy town to the next level.

Places To Visit in Haridwar

There are a number of places of interest and tourist sites in the Haridwar district.

The Rajaji National Park is just 10 km from Haridwar. It’s an ideal destination for wildlife and adventure lovers. In the evening the ghats look breathtakingly beautiful as thousands of diyas (lamps) and marigold flowers float and illuminate the holy waters.

The three Siddha Peetha – Around Haridwar, there are three temples to Shakti (the female aspect of the divine). These are Mansa Devi temple, Chandi Devi Temple, and Maya Devi Temple. All three are Siddh Peethas, places where the wishes of sincere worshippers are said to be fulfilled.

Piran Kaliyar – The ‘Dargah’ of Hazrat Makhdum Allauddin Ali Ahamed ‘Sabir’ on the outskirts of Roorkee town is a worth-visit-place for every visitor. It is situated towards the southern part of Haridwar. This place is one of the living examples of unity between the Hindu-Muslim religions. Piran Kaliyar is famed for its mystical powers that fulfill the desires of the devout.

There are several other temples and ashrams located in and around the city.

Haridwar is situated at a height of 314 meters above from the sea level, between Shivalik Hills in the North and North-East and the Ganges River in the South.

The temperatures in the summer season remain between 32°C to 44°C. And in the winter season, the temperature in Haridwar remains between 6°C to 18°C. The Haridwar district receives Monsoon rains, mostly during the summer.

The best time to visit Haridwar is from October to February when the climate is pleasant. However, Haridwar experiences a moderate temperature throughout the year, allowing the devotees to take part in different ceremonies and rituals. If you are a pilgrim, then the ideal time to visit would be during the Kanwar Mela in July and Diwali in October.

How To Reach Haridwar

Haridwar is known as the gateway of Dev Bhoomi, that is why it is the starting point for the tourist in Uttarakhand. National Highway 58, between Delhi and Mana Pass, passes through Haridwar. Indian Railways links Haridwar Junction Railway Station to all parts of India.

How To Reach Haridwar By Air: The nearest airport is Jolly Grant Airport in Dehradun, which is located 37 km from Haridwar. It serves domestically all major airport within India. Delhi To Haridwar flights are easily available online.

How To Reach Haridwar By Train: Haridwar Junction railway station in Haridwar is under the control of the Northern Railway area of Indian Railways. It has direct links to major cities of India like Delhi, Mumbai, Kolkata, Chennai, Indore, Jaipur, Ahmedabad, Lucknow but it does not have a direct connection to the major cities of central India.

Here are the popular Haridwar Routes name with (distance in brackets).