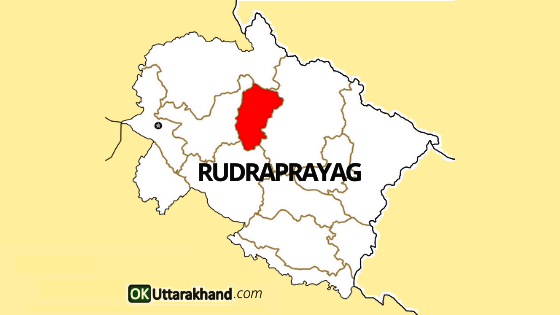 Rudraprayag is blessed with nature’s bounty and pilgrimage sites like Kedarnath, Tungnath and other Panch Kedar temples. Hills Stations like Chopta is one the most popular attraction for travelers and Snowfall lovers. The route of Char Dham temples like Badrinath and Kedarnath goes through places like Guptkashi, Sonprayag, and Gaurikund. These all places are located under Rudraprayag district.

Here we collected details of Rudraprayag tourism, weather, education, distance, route map and places to visit in Rudraprayag. This article will help you as a Travel Guide in Rudraprayag district.

Rudraprayag at a Glance

Rudra is another name of lord shiva that is why Rudraprayag is named after Lord Shiva. Rudraprayag was the part of Kedar Khand in ancient times. The Kedarnath Temple is a Hindu temple dedicated to Lord Shiva built by Pandavas and revived by Adi Sankaracharya is in Rudraprayag.

Kedarnath is one of the twelve Jyotirlingas, the holiest Hindu shrines of Shiva. Pandavas were supposed to have pleased Shiva by doing penance in Kedarnath.

On 16th September 1997, Rudraprayag declared as a whole new district. Rudraprayag district was carved out from the areas of three adjoining districts of Chamoli, Tehri, and Pauri Garhwal.

Living in the mountains mostly in places that are not easily accessible is very difficult, however, the people of the Rudraprayag district have been able to preserve their culture, folklore, folk songs, and folk dances. There are a number of fairs like Hariyali Devi Mela, Madhameshwar Mela, and Pandava Dance celebrated every year in Rudraprayag.

According to the 2011 Census, The predominant first language of the district is Garhwali, spoken by 94.5% of the population. Hindi, though widely used a lingua franca, is of 4.2%, while 0.60% are speakers of Nepali.

Hindus are in majority in the Rudraprayag district. They are around 99.13 percent of the total population.

Rudraprayag district is a district of Uttarakhand state of northern India. The district occupies an area of 1984 square kilometers. Rudraprayag town is the headquarters of the district.

Rudraprayag is a hilly district and there are few degree colleges in the district. That is why most of the students after 12th, go to cities like Dehradun and Haridwar for their higher education. Some of the colleges and institutions in Rudraprayag are listed below.

Rudraprayag is blessed with immense natural beauty, places of religious importance, lakes, and glaciers. Rudra Prayag is a small town that is located in the state of Uttarakhand and in the district of Rudraprayag. The presence of two separate routes for Badrinath and Kedarnath Dham from Rudraprayag render great importance to the place. It is situated at the confluence of the River Alaknanda and River Mandakini. It has a special religious significance for many people as well. Lakhs of visitors travel to the place to witness this phenomenon every year. The entire area is surrounded by immense beauty and one can see many lakes, glaciers, rivers, and streams here. There are a few temples that are located in the town as well and these are a must-visit while traveling to Rudra Prayag.

Places To Visit in Rudraprayag

There are a number of places of interest, temples and tourist sites in the Rudraprayag district.

Gaurikund: Gauri Kund is a beautiful town known for its various small lakes and ponds in Rudraprayag. Gaurikund is connected with Shiva’s wife Goddess Parvati, also known as Gauri. In Hindu folklore, Gauri committed to penance involving many ascetic and yogic practices to win over Lord Shiva’s affections.

Local tradition claims that Gauri Kund is the spot where Goddess Parvati lived while carrying out these practices and it was here that Shiva finally admitted His love for Her. They were married at Triyuginarayan, which is located nearby. There are hot various springs in Gaurikund and they are converted to bathing places.

Kedarnath Temple: Kedarnath Dham has located at the Garhwal Himalayan range near the Mandakini river in Kedarnath town, Uttarakhand in India. Due to extreme weather conditions, the temple is open only between the end of April (Akshaya Tritiya) to November (Kartik Purnima – the autumn full moon). During the winters, the deities from Kedarnath temple are brought to Ukhimath and worshipped there for six months.

Chopta Valley: Chopta is a small settlement and valley that is located in Uttarakhand. It is very popular among tourists, mainly because of the number of options it provides for exploring, adventure buffs and trekking enthusiasts. Chopta is also a base for trekking to Tungnath, third temple of Panch Kedar, which lies 3.5 kilometers uphill.

Tungeshwar: This temple is located in the near Chopta and has been here for centuries. Folklore has it that the Pandavas came here for penance. On the way from Chopta, there were many small temples up to the Tunganath Temple, the remains of some are still there. On the temple wall, there are terracotta style seals and Shiva-Parvati figurines.

Chandrashila Trek: Chandrashila is a famous trekking destination for adventure travelers. The Chopta valley has many treks and trails cutting through jungles and grasslands. Chandrashilla, Tunganath, and Devariyatal are the best-known trekking routes in the Chopta. Because of an abundance of birds, treks are becoming popular among birdwatchers.

Ukhimath: Omkareshwar Temple of Ukhimath is situated at an elevation of 1311 meters. This is the winter seat of Lord Kedarnath and worship is done here during the winters when the temples of Kedarnath remain closed for six months. The temples of Usha and Aniruddha, Lord Shiva and Parvati are worth visiting here. Rudraprayag To Ukimath distance is 41 km. and Rudraprayag To Guptkashi distance is 13 km. Some other famous nearby temples are Madmaheshwar and Triyuginarayan.

There are several other adventure treks, and lakes like Vasuki Tal, Deoria Tal, Badhani Tal are located in and around the district.

Rudraprayag weather varies from normal to extreme cold. The climate depends upon the height of the region. Some places like Kedarnath remain close for six months due to minus degree temperatures. Rudraprayag has a pleasant climate in the summer season.

How To Reach Rudraprayag

Rudraprayag is situated at the holy confluence of Alaknanda and Mandakini rivers, at a distance of 34 km from Srinagar (Garhwal).

How To Reach Rudraprayag By Air

How To Reach Rudraprayag By Train

The nearest railhead for Rudraprayag is Rishikesh Railway Station which is at a distance of 141 km. Rishikesh is well connected to major cities of the northern railway.

How To Reach Rudraprayag By Road

Rudraprayag lies on national highway NH58. It connects Delhi with Badrinath and Mana Pass in Uttarakhand near the Indo-Tibetan border. Therefore, all the buses and vehicles that carry pilgrims from New Delhi to Badrinath via Haridwar and Rishikesh in the pilgrim season of summer months. This route pass-through Rudraprayag on the way to Joshimath and further north.